Are Viruses Living or Non-Living? [Detailed] 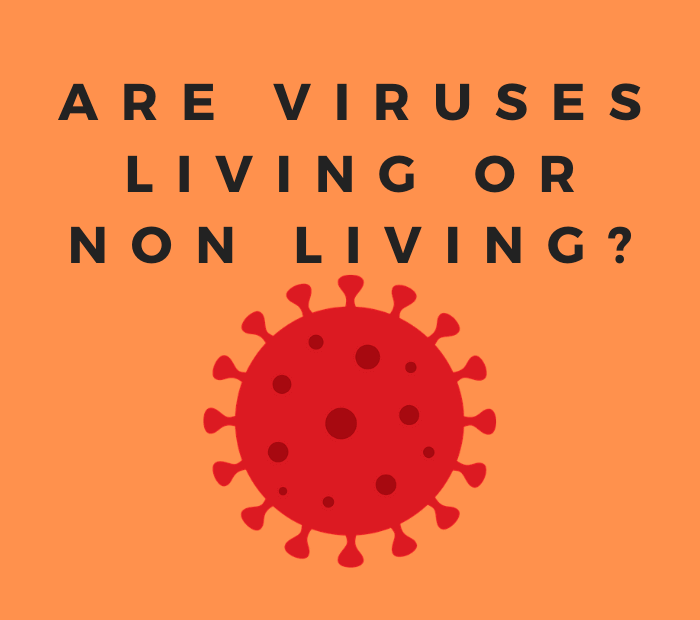 The term ‘virus’ has been derived from Latin, which means poison or venom or viscous fluid. They remain inactive outside a living host but become active inside the host and multiply in it. They represent a transitional form of life between the living and the nonliving world.

It’s an important question in the chapter “Biological Classification” of Class 11 Biology NCERT. This article provides a detailed and to-the-point answer which will help you in your boards preparation or NEET exam preparation.

I’ll first explain both the living as well as non-living aspects of viruses in detail and then describe and elucidate some important features of viruses.

Are Viruses Living or Non-Living?

Viruses are intermediate between living and nonliving entities. I’ll be listing down the important characteristics that prove the nature of viruses as living or non-living respectively.

The following characters indicate that they are non-living:

The following characters indicate that they are living organisms:

Viruses are unique in many ways. Here are some of their important features:

Hope you found the article helpful. Would love to know your thoughts in the comments!